BOUWEEN THERAPY BEFORE AND IN TIME OF PREGNANCY

BOUWEEN THERAPY BEFORE AND IN TIME OF PREGNANCY

Only a healthy body can carry a healthy baby. When the woman who plans to get pregnant is subjected to Bowen therapy, her body will get rid of all the negative emotions and harmful toxins
In this way, her body will get much easier to get pregnant, and her pregnancy will be very easy. After just a few procedures, impressive results are noticeable – even for women who can not have children for a long time. 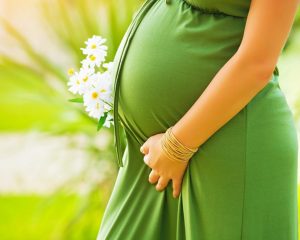 In addition to preparing the woman’s body for pregnancy, Bowen’s technique is also extremely useful once the pregnancy is in place.

The reason lies in the fact that during pregnancy the woman’s body undergoes a number of drastic changes, mainly because of hormonal changes. Many of these changes cause discomfort to the expectant mother, which increases the stress levels in her body accordingly – as if the concerns about the entire birth are not enough. Accumulated tension affects not only the woman but also her baby. Thanks to Bowen’s techniques, tranquility and harmony is ensured during pregnancy for both her mother and her child.

One of the most unpleasant symptoms of pregnancy occurs during the first three months, namely: morning (and sometimes all-day) nausea, excessive fatigue, frequent mood swings, and so on. Although not every expectant mother suffers from these symptoms, Bowen therapy helps both to overcome them and prevent them from occurring.

At the final stage of pregnancy, the weight and strain of the growing baby are almost constant companions of every pregnant woman. Very often the limbs swell, the veins expand and pains appear in other parts of the body. Through several Bowen therapies, all these discomfort conditions are responding well. But perhaps the biggest advantage of Bowen sessions during this period of pregnancy is that procedures help expand the pelvis and so the baby appears in the world very easily, quickly and less painfully.

BOWEN TECHNOLOGY AND PERIOD AFTER BIRTH

Changes that a woman undergoes after birth should not be devalued. It takes a certain amount of time (strictly individual) to allow the woman’s body to return not only to its former form but also to its normal pace of functioning. Sometimes, the woman is recovering very slowly, leading even to depressive states. Thanks to Bowen therapy, the body “stimulates” and begins to work for its improvement, to self-heal. Relaxation, a must-have effect of any therapy, helps even more to restore the mother’s body, and so she can pay more attention and tenderness to her newborn.